what is adland reading on holiday this year?

by admin
in News

This summer’s travel chaos means holidays need three things more than ever: your wallet, your patience and a bloody great book to escape into.

Here’s who’s got what in their bag and why:

And Away by Bob Mortimer

Bob Mortimer has a brilliantly bonkers mind. It’s certainly one I’d like to spend time inside. So his autobiography And Away will be jammed into my carry-on.

I avoid reviews before seeing or reading anything, but it’s got “Joyous – Sunday Times” emblazoned on the cover. No spoilers there.

But I’m definitely here for it. Joy. Humour. A few surreal diversions. All good things to absorb in some much-needed downtime. And hopefully bring back into work time.

I like that it promises truth and lies – I’m very happy to follow Bob down a rabbit-hole for the time it takes me to drain a few daiquiris. 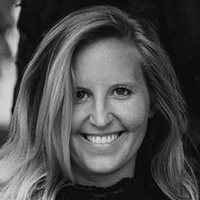 Creative director, The Or

I’m not a big one for self-help but when it comes to the mounting pressure I put on myself to constantly do more, more, more, I need all the help I can get. I’m a self-proclaimed productivity sadist and this aptly named book explores how in a lifetime where we are only given 4,000 weeks, doing less ultimately will leave you with more.

Now a holiday of Mezcal cocktails and unattainable philosophy does not a happy me make, but I like to dip my toes in a little sensationalist, armchair science every now and again.

Especially one that claims it will get me off Twitter. Burkeman was The Guardian’s resident “Pursuit of Happiness” correspondent for a decade, offering the weekly promise that “This column will change your life”, so if that is what this book is offering, I say, do your worst. 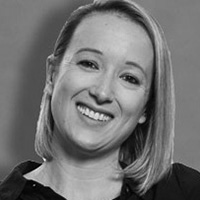 I Wanna Be Yours by John Cooper Clarke

(I’m actually listening to it on Audible, being read by the man himself.)

I’m very late to the punk poetry party. I don’t really like punk and I’m not that big a fan of poetry. Advertising has done its best to destroy the art of modern spoken word in a few short years of banking and Coke ads, but this man has been a cultural icon for 50 years. He’s survived both a Sugar Puffs ad and a heroin addiction.

I think he’s endured for the simple reason that he is a lyrical genius. The way he plays and shapes language, forcing words into the wrong-shaped holes to make you laugh and think deeply about their meaning. He breaks your heart with the mundanities of life and lifts it up with the simplicity of love. I’ll also be drinking on holiday. In John’s words I might have “tee many martoonees”. 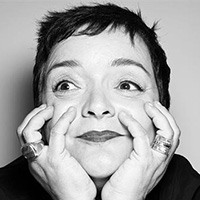 I Don’t Do Requests by DJ Fat Tony

Don’t book-shame me but I’m halfway through I Don’t Do Requests by DJ Fat Tony. It’s like a cross between Trainspotting and the Time Out Clubbing guide 1985.

I’m reading it because he once refused me admission to Wag Club for wearing a Katherine Hamnett “58% don’t want Pershing” T-shirt. He told me to “Fuck off back to Greenham Common, you’re not coming in.” I’ve always held that against him. 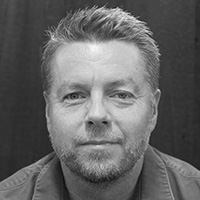 Sadly, I’ve just cancelled our summer holiday this year, due to a recent family bereavement. I’m now of that age where parents become dependents and you have to find time and emotional capacity for an additional role in life: that of carer.

It was somewhat prescient that an old friend told me about a book they’d written, anonymously, about a similar situation to that which I’m finding myself in. It’s called The Reluctant Carer and bills itself as “Dispatches from the edge of life”.

The reviews are superb, and it’s certain to be very funny, poignant and moving. Knowing The Reluctant Carer in person, I can’t wait to read it. I just wish I was doing so by a pool in Pollença, not in my arid back garden. Such is the life of a reluctant carer, as I guess I’m about to learn. 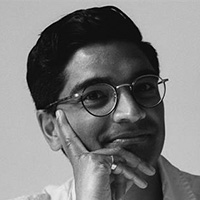 Reality+ by David J Chalmers
What I Talk About When I Talk About Running by Haruki Murakami
Rambutan: Recipes from Sri Lanka by Cynthia Shanmugalingam

My first pick is Reality+ by David J Chalmers. I’ll admit this isn’t the lightest of holiday reads, but if you’re bored of all the surface level chat around Web3 and the metaverse, this book circumvents all the hot air, to actually deep dive into what “reality” is via simulation theory. Chalmers argues that the “digital worlds” we already inhabit aren’t any less real than the “real worlds”. It’s a lot to take in, and you won’t agree with everything, but it’s like taking an acid trip while being sober. Far out stuff.

I took up running more than 13 years ago, and kinda hit a bit of a plateau, so decided to re-read What I Talk about When I Talk about Running by Haruki Murakami, which inspired me to lace up my running shoes in the first place. Part memoir, part love-letter to running, and more an insight into the mind of a brilliant novelist, it’s the perfect accompaniment to a holiday jog.

And if you want to get behind the headlines and understand a bit more about a culture where food is at the centre of everything, then read Rambutan: Recipes from Sri Lanka by Cynthia Shanmugalingam. Maybe it’s weird to read a book about food on holiday, but the deeply personal and emotional essays featured in this book alongside some truly legit Sri Lankan recipes are a must.

How to Do Keyword Research? : Ultimate Guide In 2022

Metaverse Vs Blockchain 2022 : How Are They Related

Metaverse Vs Blockchain 2022 : How Are They Related

Is It The Best Page Builder?

9 Best Reasons Why You Should Start Posting On Medium?