VPM published a fact-check written by PolitiFact Virginia editor Warren Fiske that examined a McAuliffe ad that spliced comments Youngkin made while leading a 2017 panel discussion that the former governor participated in.

The ad presents the remarks as if Youngkin is a “big fan” of McAuliffe’s leadership with comments like, “Here, we have one out of fifty states that’s doing very well, and particularly in the Commonwealth of Virginia,” “If you want to put a new plant down, that’s the place to put it” and “Governor, I’m going to come back to the role you played in developing Virginia’s economy. How do you do it?”

POLITIFACT HAS DONE ONLY 13 FACT-CHECKS ON BIDEN IN FIRST 100 DAYS, 106 OTHERS ‘DEFENDING’ HIM, STUDY SAYS

Fiske explained in his report that the remarks in the ad were presented “without context,” pointing out how his first comment was “summarizing remarks made by his four-member panel.” The second quote had “critical words” cut while the third one was simply plugging Youngkin’s home state.

“In assessing Youngkin’s comments, it’s also important to consider his role as moderator and McAuliffe’s role as a panelist. Moderators are typically neutral and polite to panelists. If Youngkin had problems with McAuliffe’s economic policies in 2017, this seminar may not have an appropriate place to air them,” Fiske wrote. “So, contrary to McAuliffe’s assertion, Youngkin’s 2017 words do not prove he was a ‘big fan’ of the former governor’s economic policies, or that his current criticism of McAuliffe’s stewardship is a flip flop.”

The report, which had the headline, “McAuliffe Misleadingly Claims Youngkin Praised Him,” was taken down on Tuesday by VPM.

“We’ve retracted a politifact piece on a McAuliffe campaign ad due to a substantial omission in our reporting. We apologize for our error and will publish a retraction notice on the VPM site,” VPM explained on Twitter.

On Wednesday, VPM republished Politifact Virginia’s report with the new headline, “The Story Behind a McAuliffe Ad Touting Youngkin Praise,” which notably scrubbed the “misleading” descriptor of the ad.

The report also included a “correction.”

“When PolitiFact Virginia initially published this report on June 29, we failed to include comments Youngkin made outside of an U.S. Export-Import Bank conference that were on similar topics, because in our reporting process, we failed to reach out to the McAuliffe campaign,” the correction read. “This goes against our reporting standards, which require us to contact political campaigns that we write about. We’ve corrected that omission in this report and apologize for the error.”

Bizarrely, though, the updated report included comments made by Youngkin in 2019 and 2020 that praised Virginia’s economy that were allegedly provided to VPM by the McAuliffe campaign that have nothing to do with the ad in question.

“Leaving aside the EXIM symposium, however, Youngkin has made positive comments about aspects of Virginia’s economy that don’t appear in the ad. McAuliffe’s campaign sent them to us and said they show the gist of the ad is accurate,” Fiske explained. 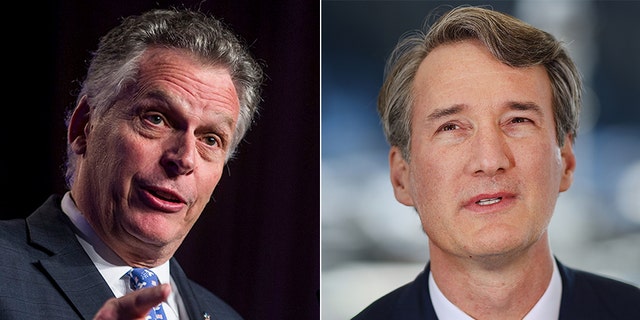 In his revised conclusion, Fiske wrote, “The bottom line: Contrary to McAuliffe’s ad assertion, Youngkin’s 2017 words do not prove he was a “big fan” of the former governor’s economic policies. But his 2019 words suggest some good things have happened in Virginia over the last eight years – although he did not credit McAuliffe or Northam.”

VPM nor Fiske responded to Fox News’ requests for comment.