Rapid digitalisation and rise of social media platforms over the past few years have opened doors to countless opportunities and several new professions. One phenomenon that has gained traction in Pakistan over the past decade is influencer marketing.

The term influencer refers to a person having a massive following on a social media platform coupled with modest engagement on content posted by them. There are many categories of influencers such as bloggers, vloggers, tech influencers, YouTubers, Instagram models and life style influencers. Lately, many companies have started promoting their products by hiring influencers because the combination of huge following and high post engagements usually lead to an uptick in sales for businesses. This is known as influencer marketing.

To gain better insights on how companies hire and pay influencers, The Express Tribune reached out to prominent experts on this topic.

Aneel Butt, who formerly worked with a public relations (PR) agency in Lahore, said that there are a lot of factors that are taken into account prior to hiring an influencer for a business. “First of all, the following of the favoured influencer is examined and then their reach considered,” he said. “We also have to know the amount of their post engagement.”

Earlier, businesses only depended on the following of an influencer therefore a blogger with one million followers was considered better and costlier than someone with 500,000 followers. However, with introduction of new tools by social media platforms such as post engagement and outreach, this has changed. Now, PR agencies make a list of influencers and categorise them in three tiers.

The rate of a tier 1 influencer is over Rs100,000 per campaign and it can be as high as Rs200,000, he pointed out. “There are three factors that are taken into account before classifying them into a tier and they are content, amount of followers and post engagements,” Butt said. “If the following of an influencer is substantial, post engagement is huge and content is good, then they are classified under tier 1.”

He added that public relations agencies check the quality of content of potential influencers.

A tier 2 influencer has low following but good content and payments to such individuals vary from Rs60,000 to Rs80,000 per campaign. Finally, tier 3 influencers are paid Rs10,000-25,000 per campaign as they are beginners in the field with attractive and eye catching content. “Brands have now moved beyond the following of an influencer and they focus more on content creation,” Butt told The Express Tribune.

From pastime to profession

Butt shared that once an influencer is hired, they are supposed to create a post to market the product of the company. One week after the post is uploaded, the PR agency or the company demands the figures from them which include engagement of the post and its total reach, he noted.

He disclosed that these were the two main components which helped the company decide whether to retain a particular influencer in the next campaign or not. He stressed that this profession depended on performance and it was no longer an easy job.

“Earlier, people made a lot of money from it just because they had a high following but now this field has evolved and turned highly data driven,” he said. He clarified that majority of Pakistanis hold the view that only lifestyle influencers drive the growths of businesses and earn exorbitant amounts which was not true.

The future of PR

Butt remarked that companies allot a fixed amount of money for influencer marketing and the PR agency has to create a combo from tier 1, tier 2 and tier 3 influencers to design their campaign.

“We use are all kinds of influencers in the combo. We give chance to some new and emerging influencers while also keeping veteran bloggers and vloggers on board,” he said. “It also depends on the budget of the client. If the budget is high, then a large amount of prominent people from the influencer industry would be a part of the campaign.”

In case the budget is low, then the PR firm has to create a mix of bloggers from all three tiers and such a campaign will have more influencers from tier 3 classification as compared to tier 1. PR agencies create a combo of bloggers to present a suitable package to the client as per their budget, Butt detailed. 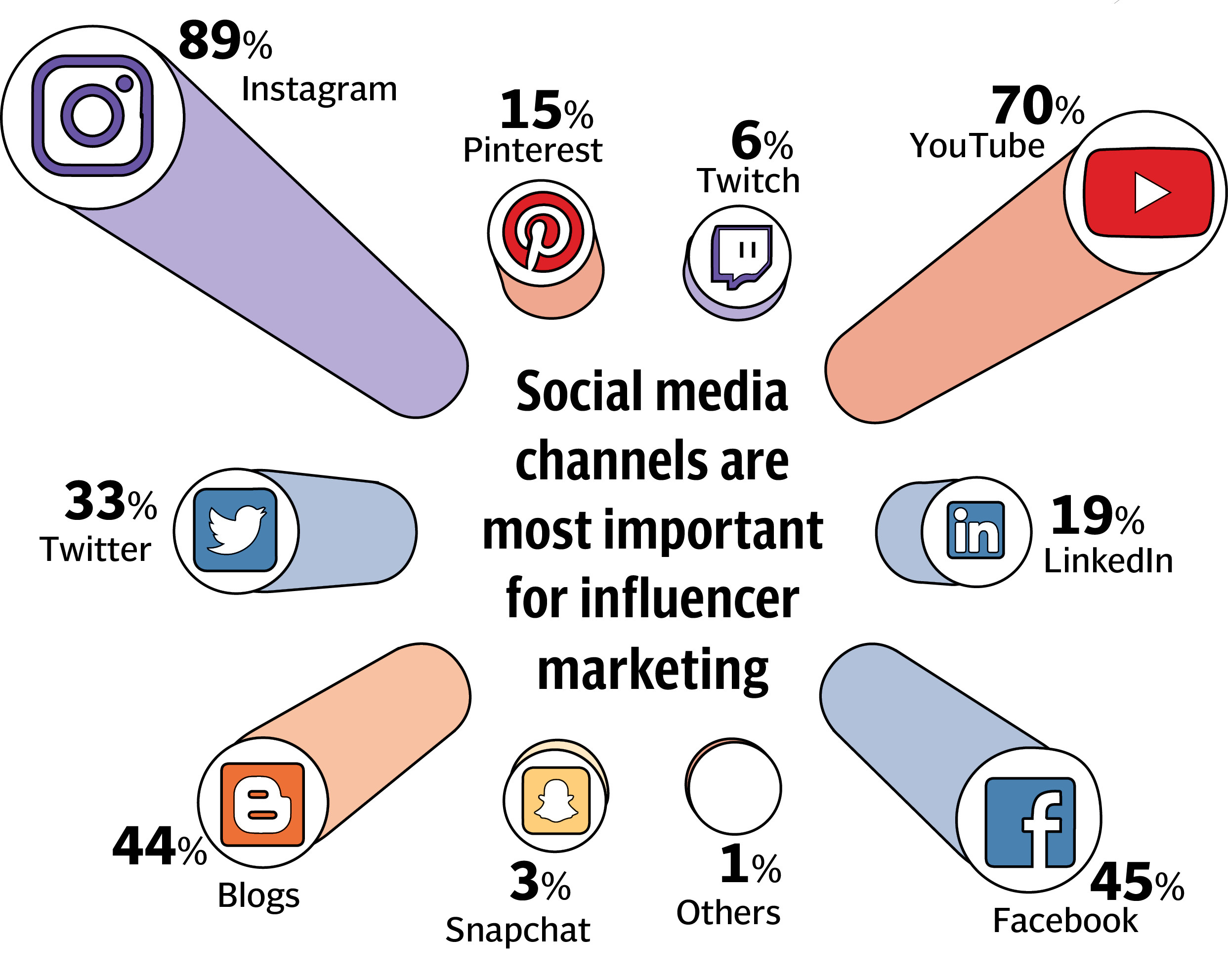 The official elaborated that Pakistanis tend to think that FMCGs were heavily involved in influencer marketing however it was a misconception.

“In Pakistan, guerilla influencer marketing was most widely used by mobile phone companies and there is a reason for that,” he said. “Smartphone companies launch a new model every two or three months hence they have to launch a fresh campaign every 1-1.5 months.”

On the other hand, FMCGs usually hold one campaign a year to revive a product hence it is not possible for them to surpass the mobile phone industry in influencer marketing.

On average, five to six phones are introduced by each mobile phone company in any given year and they make a new campaign each time a new device hits the market.

Even those smartphone companies which occupy a small share in the overall market hire influencers for the purpose of marketing, he said.

What companies have to say

Priceoye.pk CEO Adnan Shaffi said there are four major platforms of influencer marketing in Pakistan ie Facebook, Youtube, Instagram and TikTok. He added that his company hired influencers from all platforms except TikTok. Twitter’s influencer segment is almost non-existent in Pakistan, he said.

“To hire an influencer, we check the amount of real followers of that individual,” he said. “One big problem in Pakistan is that many influencers have fake followings. It might be a trend globally but I cannot be certain.” He added that after following, post engagements of the influencers were examined.

Sometimes, an influencer’s following is huge however post engagement is quite low and this is known as dead following. “After gauging these two things, we make a final decision on which influencer to work with and how to run the campaign,” he said. “Once the campaign is finalised, we reach out to influencers.”

Talking about payments, he said there were three ways to pay influencers. Detailing the first method, he said that brands do not pay anything in monetary terms however they send merchandise or goodies to the influencer to create content with it. Under this method, the influencer gets to keep the merchandise while the brand gains from its marketing.

“The second mode is quite rare in Pakistan and under this method, companies pay cash to influencers,” he said. “An influencer decides a package and his income is decided on per post basis.”

There are different rates for posting content on stories and on pictures on Facebook and Instagram and these influencers ask for a fixed amount of money regardless of the impact of the campaign on the sales of the company.

Talking about third way, he said it was affiliate marketing but was at a nascent stage in Pakistan.

By using affiliate marketing, a business asks an influencer to create a story or post of the product with a website link. The bloggers stands to earn commission from every person who buys the product through that link.

He added that the budget of his company for influencer marketing was low because it used this mode of marketing for brand building rather than to increase sales.

Shaffi however agreed that there is always an uptick in sales of a firm when influencer marketing is used.

Talking about the advertising ecosystem before the digital age, YouTuber Mubeenul Haq of Bekaar Films told The Express Tribune that when a company pitched a TV commercial, it used to be unaware of its return on investment (ROI).

“At that time, we were given a specific number and told it was the viewership of that particular ad. There was no reliable way of knowing the actual viewership impact of an ad,” he said.

This all changed as the world entered the digital era, Mubeen stressed. “Nowadays, brands prefer integrated marketing through online content creators and influencers,” he said referring to the process of unifying all aspects of marketing communication, such as advertising, PR, and social media, to deliver a seamless marketing campaign.