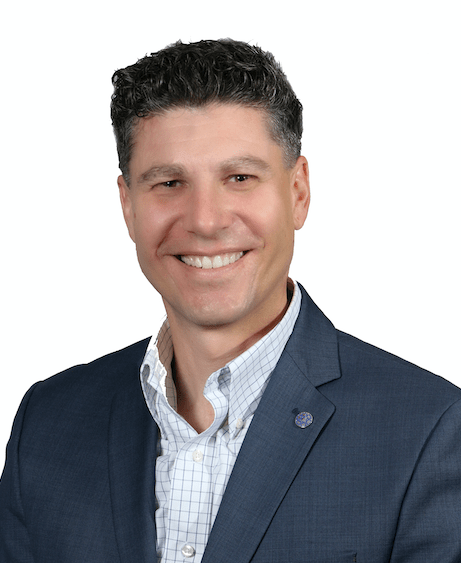 Devon Akmon, director of  MSU’s Science Gallery Detroit, has been appointed to the additional role of director of the Michigan State University Museum, effective July 1.

“As we anticipate the September 2021 reopening of the MSU Museum, we also welcome an energizing new partnership. MSU’s Science Gallery is coming from Detroit to the MSU campus for its fall pop-up exhibition,” said MSU Provost Teresa K. Woodruff, Ph.D. “The MSU Museum and Science Gallery will work together to advance the museum’s mission to be a place where science, culture and art meet. Science Gallery will become a programmatic division of the museum aimed at experimentation and innovation at the intersection of science and art.”

Akmon joined MSU in 2020 as director of Science Gallery Detroit. With the Science Gallery coming to campus in fall 2021 and exhibiting in the MSU Museum, Akmon has already begun forming partnerships with several units across campus.

“Given Devon’s background in museum leadership, his work with another Smithsonian Affiliate institution, and his service on the board of the major professional organization for U.S. museums, Devon brings with him both the knowledge and the networks to move the MSU Museum toward an exciting future,” Woodruff said.

This leadership transition comes at a time when Dean Joe Salem, who has been serving as responsible administrator for the Museum since February 2020, recently took on the additional responsibility of overseeing the MSU Press.

“Dean Salem has provided stability, strong financial stewardship and forward planning as the MSU Museum began the first stage of its strategic review,” said Judith Stoddart, associate provost for university collections and arts initiatives. “Many thanks to Joe and to his staff who have provided good stewardship for the museum for the past 17 months.”

Before coming to Science Gallery Detroit, Akmon served as a senior consultant with the DeVos Institute of Arts Management at the University of Maryland. Prior to that, he served as the second director of the Arab American National Museum, or AANM, in Detroit. In that role he established new relationships with individuals and organizations that resulted in the expansion of AANM’s mission and programming throughout the nation. Akmon also oversaw the physical expansion of the museum with the creation of the Annex, a new community arts space immediately adjacent to the museum, and an artist-in-residency unit in the neighboring City Hall Artspace Lofts. Under his aegis, the AANM was named an Affiliate of the Smithsonian Institution, a member of the National Performance Network and an internationally recognized TAKREEM Laureate for Cultural Excellence. He also helped lead the AANM through accreditation from the American Alliance of Museums.

“I am honored to lead the MSU Museum, an Affiliate of the Smithsonian and an institution accredited by the American Alliance of Museums, into the future,” Akmon said. “I credit my journey as a museum professional to as far back as its beginning as a student employee of this museum two decades ago. I’m excited to return and work with the staff and campus community as we envision a bold future for this vital institution.”

A board member of the American Alliance of Museums and Artspace, Akmon has served on boards or advisory committees for CultureSource, Kresge Arts in Detroit; Smithsonian Affiliations; the Detroit Symphony Orchestra; the Detroit Institute of Arts; East Dearborn Downtown Development Authority; and the Ann Arbor Public Art Commission. Additionally, he has served on several national grantmaking review panels, including those for the National Endowment for the Arts and the Institute for Museum and Library Services.

Akmon earned his master’s degree in historic preservation at Eastern Michigan University. He is a graduate of the Michigan Nonprofit Association’s Emerging Leaders Class IX and Leadership Detroit Class XXXIV. In 2013, he was named one of Crain’s Detroit Business magazine’s “40 Under 40” business leaders. In 2016, he was named one of 12 American Express NGen Fellows with the Independent Sector. An MSU alumnus, Akmon earned his bachelor’s degree in psychology and spent formative undergraduate years working in the MSU Museum as a student employee.